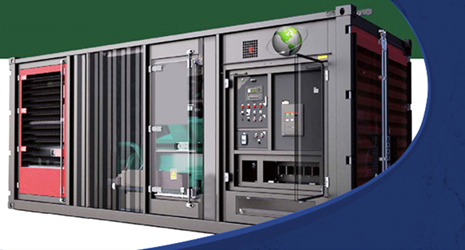 Fuel Reformation delivers high performance emulsion fuel based on the users’ fuel, simultaneously reducing emissions and increasing economy. Water-fuel emulsions have been attempted for many years. However, until recent technological developments, the resulting fuel was inefficient, producing less energy, limited in use and unstable, with the emulsion quickly breaking down and resulting in damage to equipment.

Fuel Reformation has found the answer to these problems with R-Fuel. Using new submicron-level processes, the water and fuel are combined to leave molecular scale films of fuel in the emulsion while reducing the fuel to 70% content by volume. The R-Fuel operates in both internal combustion engines and external combustion applications with no loss of BTU, calorific heat, horsepower or kinetic work output by volume. This is because of the highly efficient deflagration of the thin fuel film. The result is significant, below-market fuel cost savings by volume, while also drastically reducing toxic emissions and particulates.

The machinery used to produce R-Fuel is called a Fuel Reformation Unit (“FRU”), which is professionally operated and economical for fuel users with daily fuel oil consumption greater than 36,000 U.S. Gallons. The emulsified R-Fuel is as stable as conventional fuel, cannot cause harm to equipment*, while it actually reduces overall maintenance costs.
Unlike other systems that introduce free-water into fuel, Fuel Reformation’s process pretreats the source fuel at the submicron level and binds it with water using a special concentrated additive to capture the moisture and ensure stability. Because fuel is pre-atomized over 1,000 times smaller than ordinary fuel droplets, fuel burns almost completely in the combustion chamber, converting entrapped water into super-heated dry steam gas, drastically reducing soot, ash, carbon and toxic emissions. Internal combustion engines using R-Fuel’s unique, highly efficient burn rate, which yields no loss in power per volume over conventional fuel. Since R-Fuel is produced with up to 28% water and 2% concentrate, it may require only 70% of conventional diesel fuel per volume to resulting in real costs savings by means of a literal dilution of fuel used.

R-Fuel is basically a client’s existing fuel, amplified. R-Fuel can therefore be based on various types of fuel oils (not gasoline or ethanol) such as: diesels, kerosene, bunkers/residual fuels/HFO and even unrefined bitumen and crude oil. Dilution ratios may vary by as much as 30% with diesels, to up to 40% with heavy residual, viscous fuel oils having a much longer hydrocarbon composition. 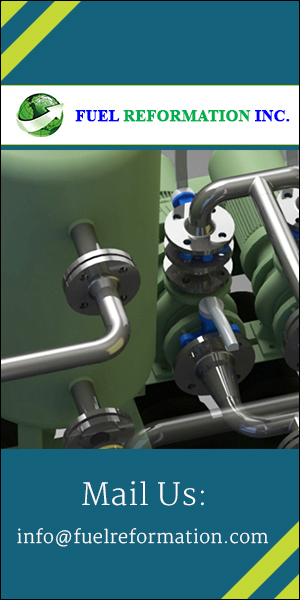